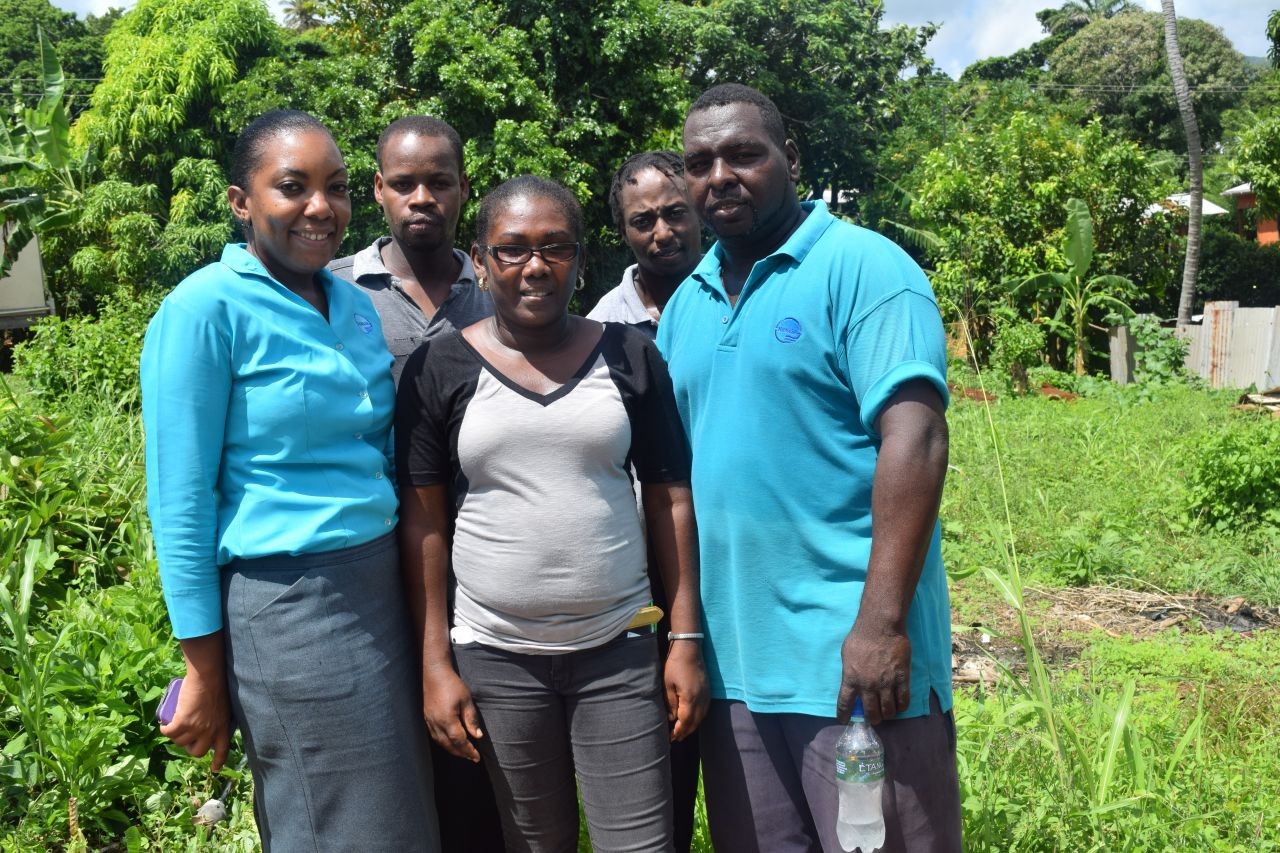 ST. GEORGE'S GRENADA, MONDAY APRIL 27TH, 2015:-"It is not easy to rebuild from the ashes. We may not be able to give them the home they need at this time, but we are providing them the opportunity to make an early start with a new water connection".The words of NAWASA's General Manager Mr. Christopher Husbands as he reflects on the moment NAWASA decided to start the rebuilding process for the Cadet family from La Fillette in St. Andrew.

June 2nd 2014 is a day that Michael and Lienta Cadet will have etched in their memories for a very long time, receiving the call that said the words "Your home is on fire". The fire destroyed their one storey wooden home taking with it all its contents.

The couple wrote to NAWASA seeking assistance with the rebuilding process. The Authority responded to their request providing them with free water connection at their new residence in Village Road, St. Andrew.

Mrs. Cadet, unemployed mother of four, says that her entire family is appreciative of the efforts made by NAWASA in assisting them after the tragedy. 'We wrote a letter to them, and almost immediately they responded offering us a free water connection', she said. 'My family and I were overwhelmed by the quick response and this gesture proves just how much NAWASA believes in human interest and of course social and community development.'

According to the Royal Grenada Police Force (RGPF) the cause of the fire is unknown, however no foul play has been suspected.

The cost assumed by NAWASA amounted to a total of EC $629.31. The Cadet family has started the construction of their new home which they are hoping will be completed during the second quarter of 2015.