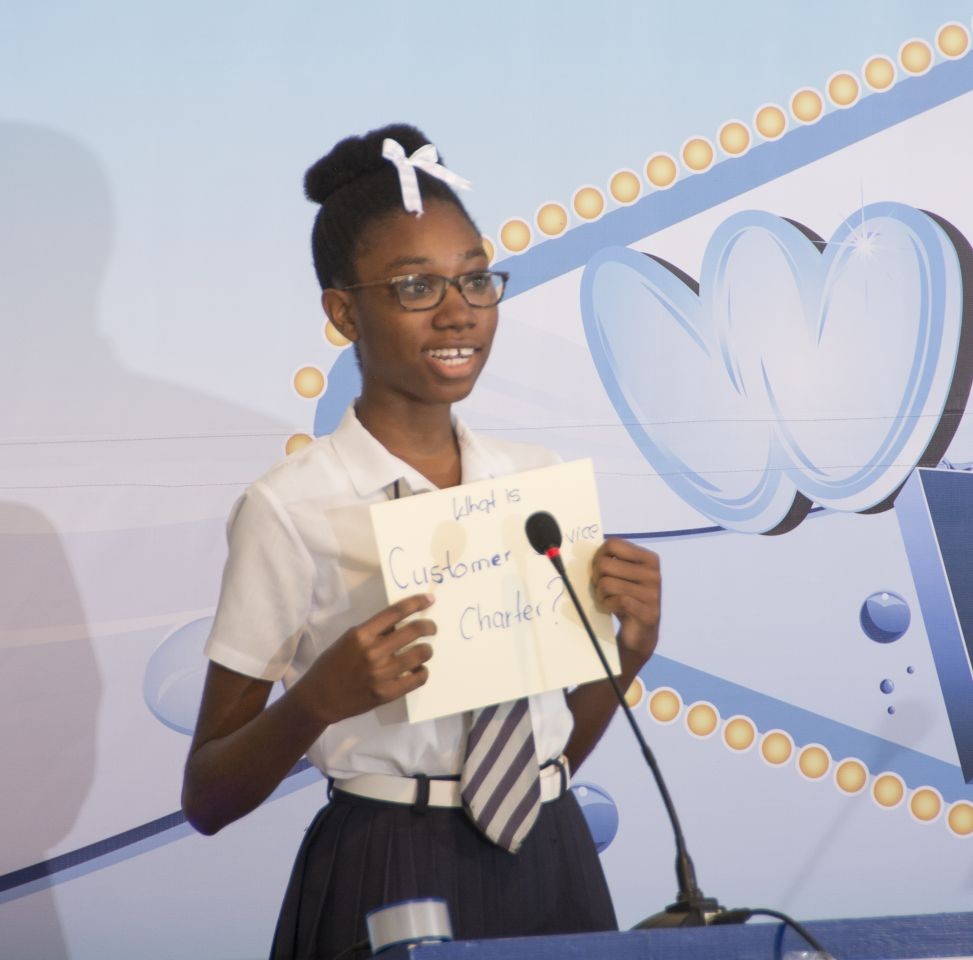 Three weeks, three rounds, four games and it came down to the crowning of a champion in the first ever NAWASA’s Water Warz Quiz Competition on Friday June 26th 2015.

The jubilant sound from the supporters of the St. Joseph’s Convent St. George meant one thing that their very own Kezia Gibbs pulled it off and brought victory to her school. Not only was the first place trophy in their hands but the coveted title of Champions- NAWASA’s Water Warz Competition. SJC St. George walked away with $4015.00 dollars, SAASS – $2630.00 and Mac Donald College $1769.00. These earnings represent the sum from all participating games.

Water Warz is one of three activities organized by the Authority in observance of World Water Day 2015 which is celebrated under the theme of Water and Sustainable Development.

The Board of Directors, Management and Staff congratulate the St. Joseph’s Convent St. George on their well-deserved victory.

Following the live Grand Finale of NAWASA’s Water Warz, the competition winners in the Pre & Primary School Jingle Competition were presented with their prizes.