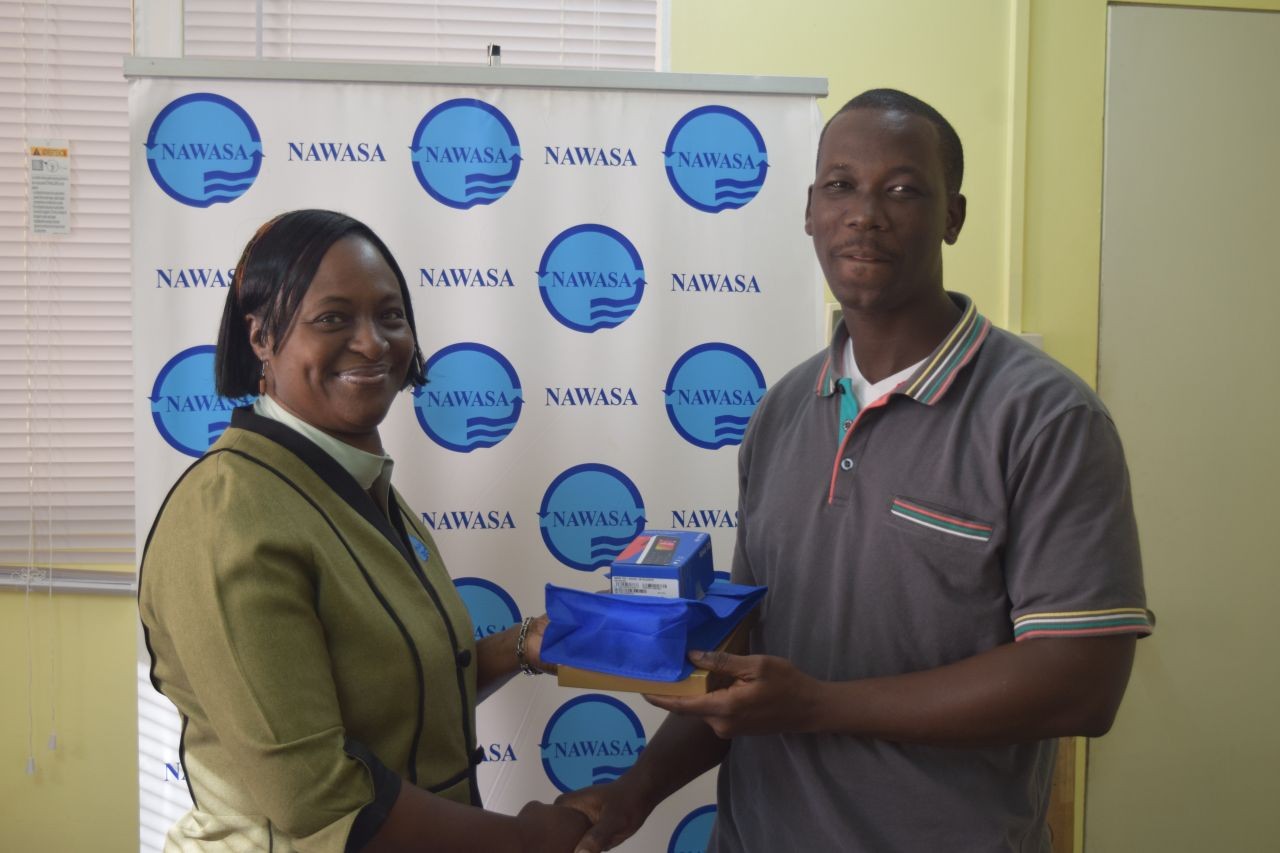 ST. GEORGE’S GRENADA, MONDAY MARCH 2ND, 2015:- The word hero in any part of speech is quite rarely used today, but heroic is the only adjective that justifies the act of a local Police Constable.

PC 638 Chelon Wellington who hails from St. Clouds St. Andrew, leaped into the shallow waters of The Carenage in an effort to save a female passer-by who fell into the sea after being hit by a vehicle registered to the National Water and Sewerage Authority (NAWASA).

At the Authority’s Main Office on The Carenage St. George, a token of gratitude was presented to PC Wellington in an effort to highlight his heroic deed. Amongst the gifts was a smart phone, which replaced his damaged one as a result of his noble deed.

The presentation was made by NAWASA’s Assistant Human Resource Manager, Mrs. Dianne Henry. “You saved a life that day Officer Wellington. It is undeniable that some tribute should be paid in your honour. Your actions were outstanding, commendable and noble.” she told the Officer.

PC Wellington attached to the Communications Department of the RGPF says that he didn’t think twice about his actions. ‘Being a police officer, it’s all about protecting and serving the people of our nation, so those two things are second nature to me, no need to hesitate or even think about what should be done when someone needs your assistance, you simply just help, and that is exactly what I did.’

The Board of Directors, Management and Staff of the National Water and Sewerage Authority extend sincere gratitude to the Officer of nine (9) years. His actions were nothing short of gallant and ‘Hero’ should be the name that he is called.